THINKER VIDEOS
LINKS / BOOKS
Daniel Clement Dennett III (born March 28, 1942) is an American philosopher, writer, and cognitive scientist whose research centers on the philosophy of mind, philosophy of science, and philosophy of biology, particularly as those fields relate to evolutionary biology and cognitive science.
On Bacteria to Bach and Back: The Evolution of Minds at Google
MY LIST
How did we come to have minds?
For centuries, this question has intrigued psychologists, physicists, poets, and philosophers, who have wondered how the human mind developed its unrivaled ability to create, imagine, and explain. Disciples of Darwin have long aspired to explain how consciousness, language, and culture could have appeared through natural selection, blazing promising trails that tend, however, to end in confusion and controversy. Even though our understanding of the inner workings of proteins, neurons, and DNA is deeper than ever before, the matter of how our minds came to be has largely remained a mystery.
That is now changing, says Daniel C. Dennett. In From Bacteria to Bach and Back, his most comprehensive exploration of evolutionary thinking yet, he builds on ideas from computer science and biology to show how a comprehending mind could in fact have arisen from a mindless process of natural selection. Part philosophical whodunit, part bold scientific conjecture, this landmark work enlarges themes that have sustained Dennett’s legendary career at the forefront of philosophical thought.
RELATED VIDEOS 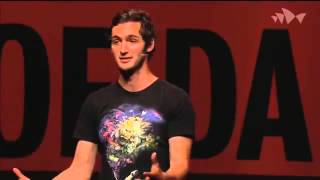 On We are the Gods Now
37 minutes
Jason Silva 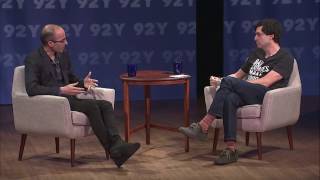 On Drugs & the Meaning of Life
13 minutes
Yuval Harari 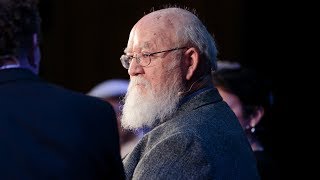 On the Evolution of the Mind, Consciousness and AI
90 minutes
Daniel Dennett