THINKER VIDEOS
LINKS / BOOKS
Wim Hof (born 20 April 1959) is a Dutch daredevil, commonly nicknamed The Iceman for his ability to withstand extreme cold, which he attributes to exposure to cold, meditation and breathing techniques (similar to the Tibetan technique Tummo). Wim Hof has set out to spread the potential health benefits of his breathing techniques, working closely with scientists around the world to prove that his techniques work.
Demonstrating His Breathing Technique with Lewis Howes
MY LIST
The breathing exercise has a profound effect and should be practiced in the way it is explained. Always do the breathing exercise in a safe environment (e.g. sitting on a couch/floor) and unforced.
Never practice the exercises before or during diving, driving, swimming, taking a bath or in any other environment/place where, should you pass out, a serious injury could occur. Wim Hof breathing may cause tingling sensations and/or lightheadedness. If you’ve fainted, it means that you went to far. Take a step back next time.
The cold is a powerful force. We strongly advise to gradually build up exposing yourself to the cold. Always train without force and listen to your body carefully. If it is not practiced responsible, there is a risk of hypothermia.
Do not practice the method during pregnancy or when having epilepsy. Persons with cardiovascular health issues, or any other (serious) health conditions, should always consult a medical doctor before starting with the Wim Hof Method.
RELATED VIDEOS 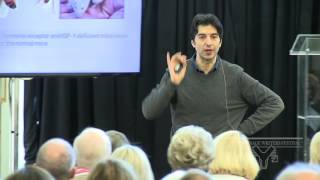